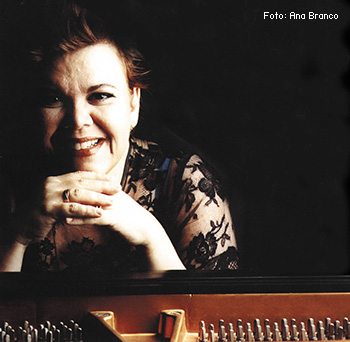 Lilian Barretto studied in Brazil under the guidance of Gilberto Tinetti, Gloria Maria da Fonseca and Jacques Klein. She had classes with Prof. Jan Ekier at the Superior School of Music in Warsaw, Poland from 1969 to 1970. In 1970 she was also present at the International Music Festival in Annecy, France, taking active part in the classes of Amy Dommel-Dieny and Norbert Dufourcq. She was a prize-winner in a great number of national piano competitions, one of them being the Bahia National Piano Competition in 1968. In 1984 Ms. Barretto received the Order of Merit Medal awarded by the Ministry of Culture of Poland. That same year, she took part in the Congress of Women Musicians in Paris. The next two years were spent at the Royal Opera House in London doing a training course in artistic production. Aside from her career, both as a soloist and as a chamber music performer, Lilian Barretto has also been the Director of the Sala Cecilia Meireles and the Rio de Janeiro Municipal Theatre. She was a member of the jury at the 2001 Vianna de Motta Piano Competition in Lisbon and at the 2009 BNDES International Piano Competition in Rio de Janeiro. In 2003 and 2004 she performed at the “Festival du Chateau de la Follie” in Belgium and at the Grottamare Liszt Festival in Italy. In 2004 she was an active participant in the Rapallo Music Festival (Italy) and in the “Festival Les Nuits Pianistiques” in Marseille, playing with the Baden-Baden Philharmonic Orchestra conducted by Werner Stiefel.

She performed at the Musée Debussy em Saint-Germain-en–Laye, France, in the Festivals of Grottamare, San Benedetto del Tronto and Amiata Piano Festival in Italy as well in the Festival of Chateau de la Follie, Belgium.